Film Bazaar is the largest South Asian film market. It encourages creative and financial collaboration between the South Asian and International film communities.

Created and organized by the National Film Development Corporation (NFDC), Film Bazaar has evolved into South Asia’s global film market from its humble beginnings in 2007. Every edition witnesses increased national and international participation. Over the years, films such as Lunch Box, Margarita With A Straw, Chauthi Koot, Qissa, Ship of Theseus, Titli, Court, Anhe Ghode Da Daan, Miss Lovely, Dum Lagake Haisha, Liar’s Dice and Thithi have been through one or more program of the Bazaar.

Over the course of five days, Film Bazaar becomes the converging point for film buyers and sellers from all over the world. The focus is on discovering, supporting and showcasing South Asian content and talent in filmmaking, production and distribution. The Bazaar also facilitates the sales of world cinema in the South Asian region.

“I am in a position to judge this market as a professional as I have been to all major co-productions market in the world. I have to say I am quite impressed. It’s full of good filmmakers and good projects. In the long run, I see Film Bazaar at par with Cannes, Berlin and American Film Market.”

Incorporated in the year 1975, National Film Development Corporation Limited (NFDC) was formed by the Ministry of Information and Broadcasting, Government of India, with the primary objective of promoting the Good Cinema Movement.

With financial support extended to more than 300 films in 21 regional languages, NFDC’s architecture aims towards creating domestic and global appreciation of good cinema.

NFDC has also been instrumental in creating an ecosystem to support the development, financing and distribution of independent films across the country. Film Bazaar, an NFDC initiative, has been an integral part of this process. 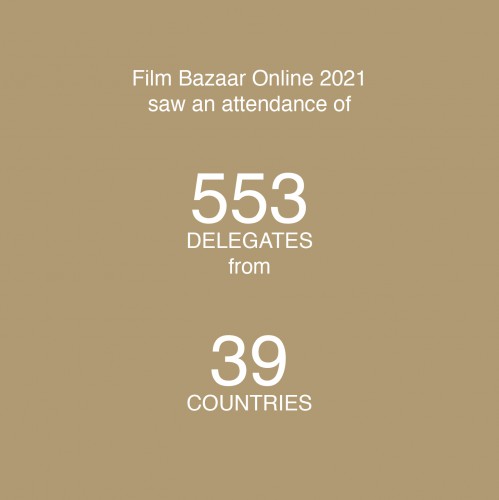 Your browser is out-of-date!

Update your browser to view this website. Update my browser now